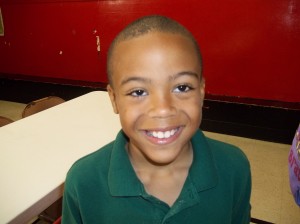 Eight years ago, one of our students who showed some academic potential, often missed instruction time and participation in activities due to excessive tardiness (as high as 99 times one year). In addition to his mother bringing him late, she herself was consistently behind in tuition payments. She did not have a bank account and relied on her father to take care of financial matters for her.

Four years ago, this same student was an eighth grader. He had no tardies, he was on honor roll, attended all peacemaker events, received first place ribbons (including a perfect score) at Diocesan Speech Meets, excelled in violin and ballroom dance, attended his second year as part of the Wyman Teen Leadership Program ,and is now attending Althoff Catholic High School in Belleville. His mother has opened her own bank account, has not been late on a tuition payment in the last four years, and was the first parent to call about tuition assistance for her son so she could plan accordingly for her financial responsibility at Althoff. In addition he is continuing this pattern of excellence into his secondary education! This same student is looking forward to college next fall! The family credits Sister Thea Bowman Catholic School with turning their lives around. 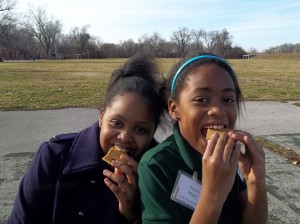 One morning, one of our seventh graders arrived at school late. When he was asked if his mom was coming in to sign him in, he said he walked to school by himself. He walked because their car was not working and his mom couldn’t get it fixed because she had been laid off from her job; he missed the bus because the alarm didn’t work because the power had been turned off at their house. His mom tried to find a neighbor to bring him to school and when that didn’t work she told him that he should just stay home. This student said that he really doesn’t like to miss school, so he began walking from Washington Park, more than 3 miles away, carrying his backpack and his violin. When we went to their house to offer some financial assistance, we discovered that the power had been off for three weeks, and this was during the very hot days at the end of the school year. The outstanding balance was so large that it took several more weeks to find enough assistance to get everything back in working order.

Our numbers continue to increase insofar as those living at or below poverty level. Over ninety percent of our students qualify for Title I services and free or reduced meals. Seventy-three percent of our families need Tuition Assistance. It costs nearly $6,500 to educate each student at Sister Thea Bowman Catholic School compared to the $3,720 charged for tuition for the first child in a family this school year.

Does this approach work? 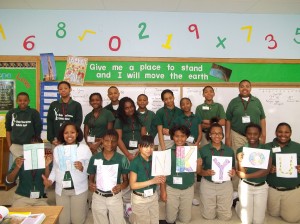 We continue to hear good news about the students who graduated from our school since we began this holistic approach. Three years ago, 10 of the 11 of the high school graduates were accepted into and enrolled in a college or university. Two years ago, 3 of the 4 did the same. Last year’s high school seniors have been accepted to places like Spelman College and Webster University. Some of their goals include pre-law, pre-dentistry and musical theatre. One of these students was featured at last year’s Benefit Dinner and gave the testimony to Catholic Education. He sang in French, tap-danced, and told of his dream to make it to Broadway. His testimony was to Catholic Education, and the impact this has had on his life.