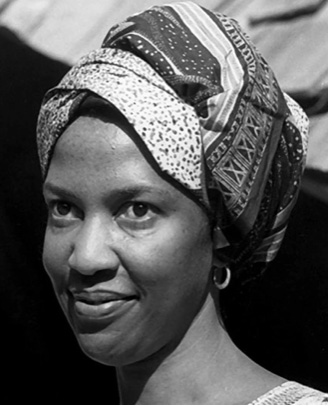 BALTIMORE — The U.S. bishops gave their assent to the canonization effort launched for Sister Thea Bowman by the Diocese of Jackson, Mississippi.

The assent, on a voice vote, came Nov. 14, the third day of their fall general meeting in Baltimore. The “canonical consultation” with the body of U.S. bishops is a step in the Catholic Church’s process toward declaring a person a saint.

Sister Bowman, a Mississippi native and the only African-American member of her order, the Wisconsin-based Franciscan Sisters of Perpetual Adoration, was a widely known speaker, evangelizer and singer until she died of cancer in 1990 at age 52. She even made a presentation at the U.S. bishops’ spring meeting in 1989, moving some prelates to tears.

“The faithful in, and well beyond, the Diocese of Jackson,” have asked for her canonization process to begin, said Bishop Joseph R. Kopacz of Jackson, who became bishop of the diocese in 2014. “Even well before I arrived in Jackson, the requests were coming in.”

Sister Bowman led the Jackson Diocese’s Office of Intercultural Awareness, taught at several Catholic high schools and colleges, and was a faculty member of the Institute of Black Catholic Studies at Xavier University in New Orleans.

She took her message across the nation, speaking at church gatherings and conventions, making 100 speaking engagements a year, but spreading cancer slowed her. Music was especially important to her. She would gather or bring a choir with her and often burst into song during her presentations.

In addition to her writings, her music also resulted in two recordings, “Sister Thea: Songs of My People” and “Round the Glory Manger: Christmas Songs and Spirituals.” next–>