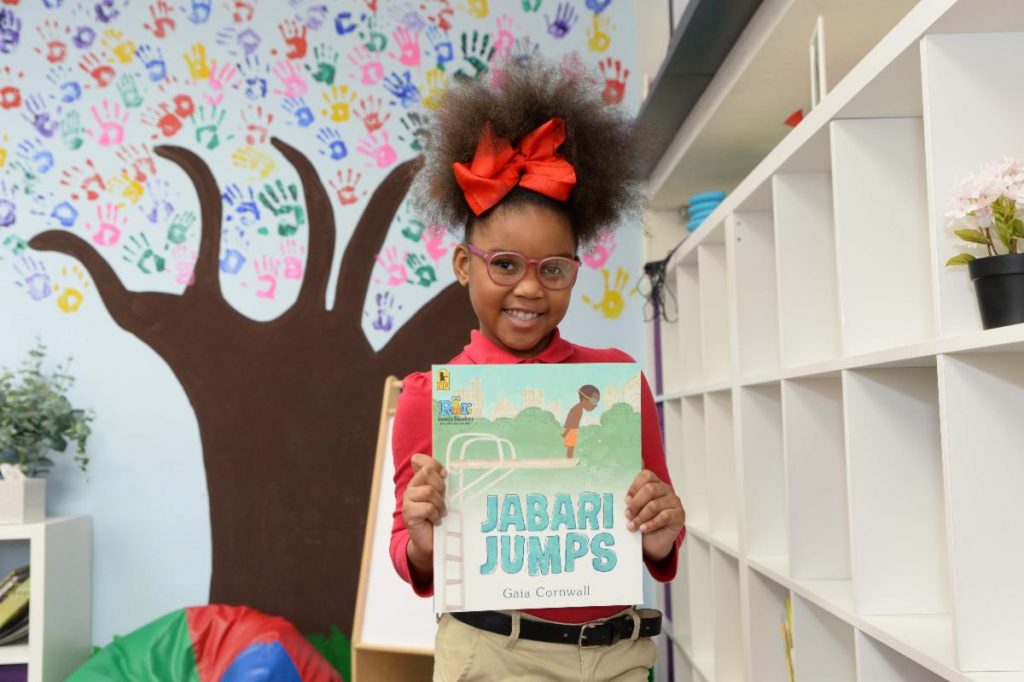 Our region’s day of giving

There are numerous worthy causes

A Plan for Resurrection from His Holiness, Pope Francis

“A Plan for Resurrection”

A Reflection in the time of the Corona Virus Pandemic 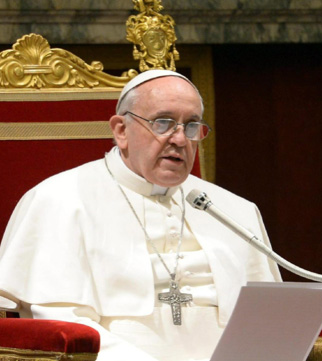 “Suddenly Jesus met them and greeted them, saying: ‘Rejoice’” (Mt 28:9). It is the first word of the Risen One after Mary Magdalene and the other Mary discovered the empty tomb and ran into the angel. The Lord meets them to transform their mourning into joy and to comfort them in the midst of affliction (cf. Jer 31:13).He is the Risen One who wants to resurrect the women to a new life and, with them, all of humanity. He wants us to begin to participate from now in the resurrected condition that awaits us.

An invitation to joy could seem like a provocation, and even like a bad joke in the face of the serious consequences we are suffering from COVID-19. Like the disciples at Emmaus, not a few could think of it as a gesture of ignorance or irresponsibility (cf. Lk 24:17-19).

Like the first disciples who went to the tomb, we lived surrounded by an atmosphere of pain and uncertainty that makes us wonder: “Who will roll away the stone for us from the entrance to the tomb?” (Mk 16:3). How can we deal with this situation that has completely overwhelmed us?

The impact of everything that’s happening, the serious consequences that are already being reported and glimpsed, the pain and mourning for our loved ones disorient, distress and paralyze us.

However, it is moving to highlight the attitude of the women of the Gospel.

Faced with doubts, suffering, perplexity in the face of the situation and even with fear of persecution and of everything that could happen to them, they were able to keep going and not be paralyzed by what was happening. Out of love for the Master, and with that typical, irreplaceable and blessed feminine genius, they were able to confront life as it came, cunningly circumventing obstacles to be close to their Lord.

Unlike many of the apostles who fled as prisoners of fear and insecurity – who denied the Lord and escaped (cf. Jn 18:25-27) – they [the women], without evading reality or ignoring what was happening, without fleeing or escaping…, they knew how to just be and to accompany.

Like the first women disciples, who, in the midst of darkness and grief, loaded their bags with perfumes and set out to anoint the buried Master (cf. Mk 16:1), we ourselves were able, at this time, to see many who sought to bring the anointing of co-responsibility to offer care and not put the lives of others at risk.

Unlike those who fled with the hope of saving themselves, we witnessed how neighbours and family members set out with effort and sacrifice to stay in their homes and thus curb the pandemic.

We were able to discover how many people who were already living and suffering the pandemic of exclusion and indifference continued to strive, to accompany each other and to sustain themselves so that this situation is (or was) less painful.

We saw the anointing spilled by doctors, nurses, supermarket shelf stackers, cleaners, carers, people who transport goods, agents of law and order, volunteers, priests, women religious, grandparents and educators and many others who were encouraged to give up everything they owned to contribute a little of healing, calm and soul to the situation.

And although the question remained the same: “Who will roll away the stone from the tomb?” (Mk 16:3), all of them did not stop giving what they felt they could give and had to give. And it was precisely there, in the midst of their cares and concerns, that the women disciples were surprised by an overwhelming announcement: “He is not here, he is risen”.

His anointing was not an anointing for death, but for life.  Their watching and accompanying the Lord, even in death and in the greatest despair, was not in vain, but allowed them to be anointed by the Resurrection: they were not alone, He was alive and preceded them on their way.

Only this overwhelming piece of news was able to break the cycle that prevented them from seeing that the stone had already been rolled away, and that the spilled perfume could overflow further than that which threatened them.

This is the source of our joy and hope, which transforms our actions: our anointings, dedication… our watching and accompanying in all possible ways at this time are not and will not be in vain; they are not a dedication to death.

Every time we take part in the Passion of the Lord, we accompany the passion of our brothers; living even our own passion, our ears will hear the novelty of the Resurrection: we are not alone, the Lord precedes us on our way, removing the stones that paralyze us.

This good news made those women retrace their steps to look for the apostles and the disciples who remained hidden so as to tell them: “Life torn off, destroyed, annihilated on the cross has awakened and pulses again”.

This is our hope, the hope that cannot be stolen, silenced or contaminated. All the life of service and love that you have given in this time will pulse again. It is enough to open a crack so that the anointing that the Lord wants to give us expands with unstoppable force and allows us to contemplate suffering reality with a renewing outlook.

And, like the women of the Gospel, we too are invited again and again to retrace our steps and allow ourselves to be transformed by this announcement: the Lord, with his newness, can always renew our life and that of our community (cf. Evangelii Gaudium),

Watch our Mega Raffle Drawing! Congratulations to our winners!

THANK YOU FOR YOUR SUPPORT!

We hope you had fun participating in and enjoyed watching the auction.  Your support for our students was incredible!

Relative to pick-up and delivery of auction items –

Sister Thea Bowman Catholic School will abide by Gov. J.B. Pritzker’s issued – “stay-at-home” order for the state through Saturday, April 7. Similar restrictions will be instituted in Missouri this evening.

What this means is that we are unable to distribute items at this time, and we will hold all auction items until after the stay-at-home restrictions are lifted.

We understand that you may be disappointed that you are unable to receive your item(s) right away; however, the health and safety of our supporters, staff and families are our main priority.

We will keep you updated should we receive any new information. We apologize for any inconvenience this may cause. If this poses any unforeseen issues, please let us know by responding to this email.

We will provide additional information on when and how we will distribute auction items as quickly as possible, (once the restrictions are lifted).

We have also heard from many of you that with the excitement of winning those last few auction items, you were unable to choose one of the “Each One Teach One – Fund-A-Need”levels. If you were still planning to give, please go to our website www.stbcs.com  and choose “Donate Now”.

Thank you for all of your continued support in these difficult times.

Please stay safe – We look forward to seeing you soon!

The Benefit Dinner Committee and Staff 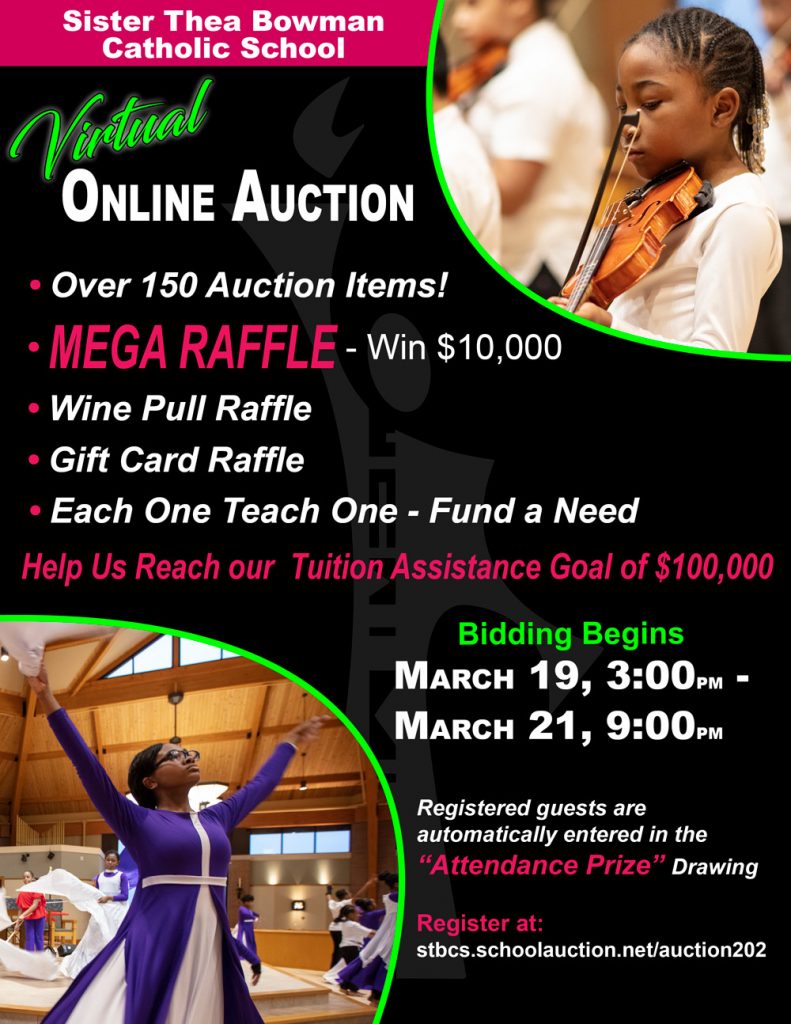 Tuesday, March 24 – 2:00 pm – You will be notified immediately of your winnings!

THANK YOU FOR YOUR SUPPORT!
100% of the proceeds support tuition assistance for our students. 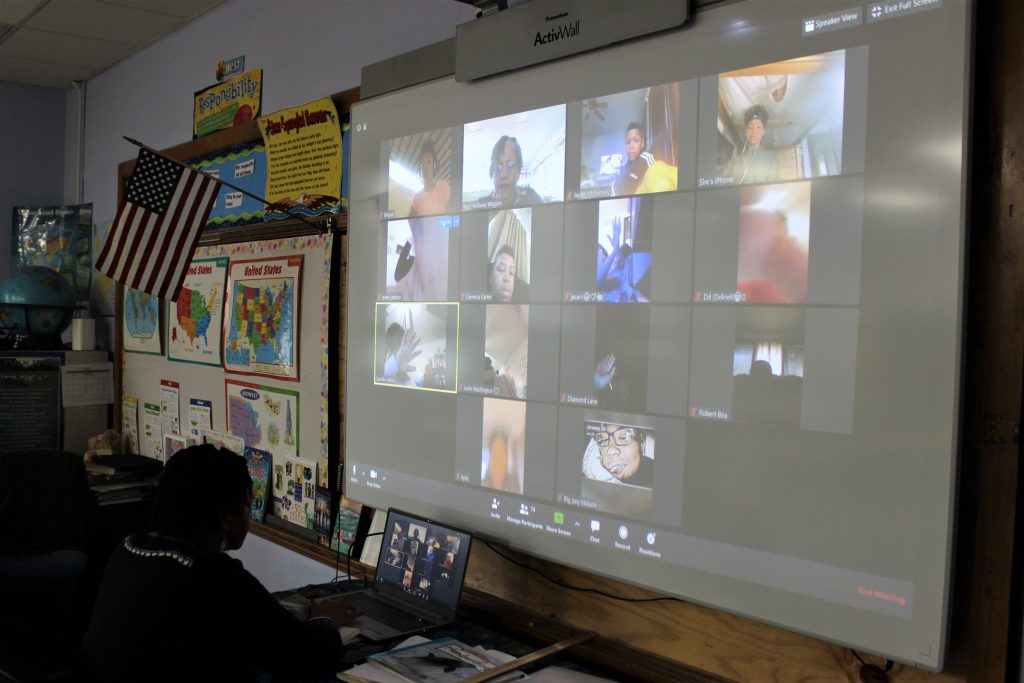 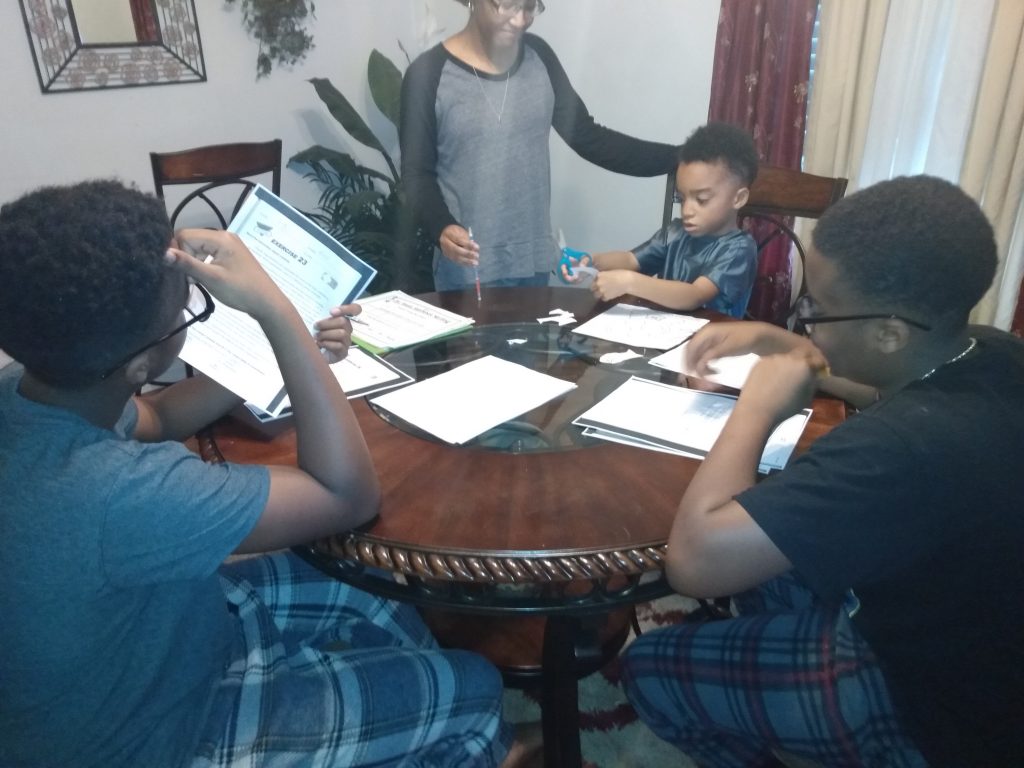 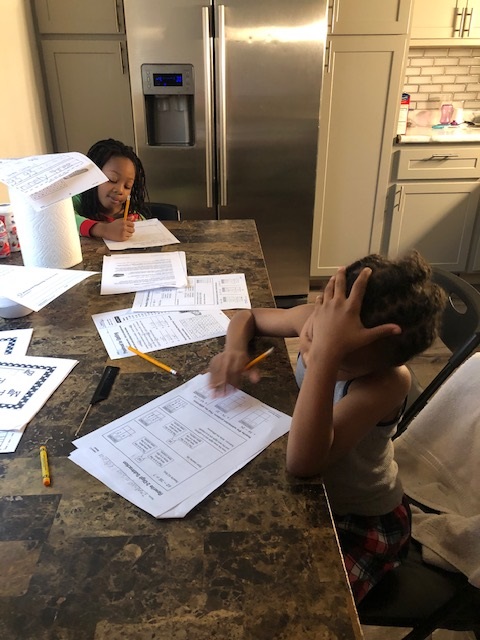 From Your Computer, Select: “STBCS Virtual Auction Sign Up”

From Your Mobile Device, Select: Menu and then, “STBCS Virtual Auction Sign Up”

Here’s what is waiting for you online once you are registered:

Drawings for Mega Raffle, Gift Card Raffle and Attendance prize will be held –
Tuesday, March 24 – 2:00 pm – You will be notified immediately of your winning!

After the auction closes, you process your payment, and drawings are completed – you will be able to pick up your winnings during pre-determined dates and times. We will also make arrangements for delivery within the Metro East area.

Please share this information with all of your friends and family so that more individuals can have fun with our virtual online auction while supporting our school!

We have started Lent, a season of Prayer, Fasting, and Giving in preparation for the Easter Celebration of the Resurrection of Jesus. Work with your student to “Fast” (give up) from something negative or unproductive such as TIK TOK, and replace it with Prayer, Studies, or even Reading.

PEACEMAKER DAY: Peacemakers may wear a Black History shirt instead of uniform shirt.

All students should have brought $3-$5 per student for our Benefit Dinner prizes.

Our annual fundraiser dinner is March 14 at the Regency Conference Center in O’Fallon. See Flyer.

If you are a Sister Thea Bowman Alumni, or know one, please contact us or find us on Facebook at: https://www.facebook.com/groups/sr.theabowmanalumniconnect/. Join the 30 Year celebration!

Saint Josephine Bahkita was stolen from her home in Sudan and sold into slavery in Italy. She suffered much, but turned her life to God. She said, “If I were to meet the slave-traders who kidnapped me and even tortured me, I would kiss their hands, for if that did not happen, I would not be a Christian and Religious today.” What faith!!!

If you are a Sister Thea Bowman Alumni, or know one, please contact us or find us on Facebook at: https://www.facebook.com/groups/sr.theabowmanalumniconnect/. We are trying to find Alumni to set up a 30 Year celebration this Spring or Summer! If interested in helping, please reach out to us!

Each class will collect $3-$5 per student to sponsor a class gift box at our Benefit Dinner. Please send your money in by Feb 21st in an envelope or with a note with your student’s name and marked Benefit Dinner.

If you are not getting our Option C Alerts via text or e-mail, log into Option C and check your profile.

Our annual fundraiser dinner is March 14 at the Regency Conference Center in O’Fallon. We have Silent Auction Baskets and Gift Card Balloon sales as part of the event. You can help by taking a Donation Solicitation form to local businesses that you use and ask them to support your school. Also, invite people!

The PTO is sponsoring a Family Photo Fundraiser for a Mar 21-22 Photo Session at our school. You can sell a Family Photo Sitting ticket for $5, and the family gets a free Family Photo. JUST IN TIME FOR EASTER! For each ticket you sell, you get $20 credit toward the Family Fundraising requirement. You can get a ticket from the office, or sign out a book of 10. We are limited to 100 tickets, so act quickly!

YOU ARE THE BEST ADVERTISEMENT!

Enrollment starts in March. Our Benefit Gala is in March. Do you want good students and good families at our school? Do you want more support for our school to raise our Tuition Assistance levels? YES? We are asking you to take our message to your friends, churches, businesses etc., or bring them to us! Contact the office, so we can invite them!

RSVP via email to roberta_trost@yahoo.com 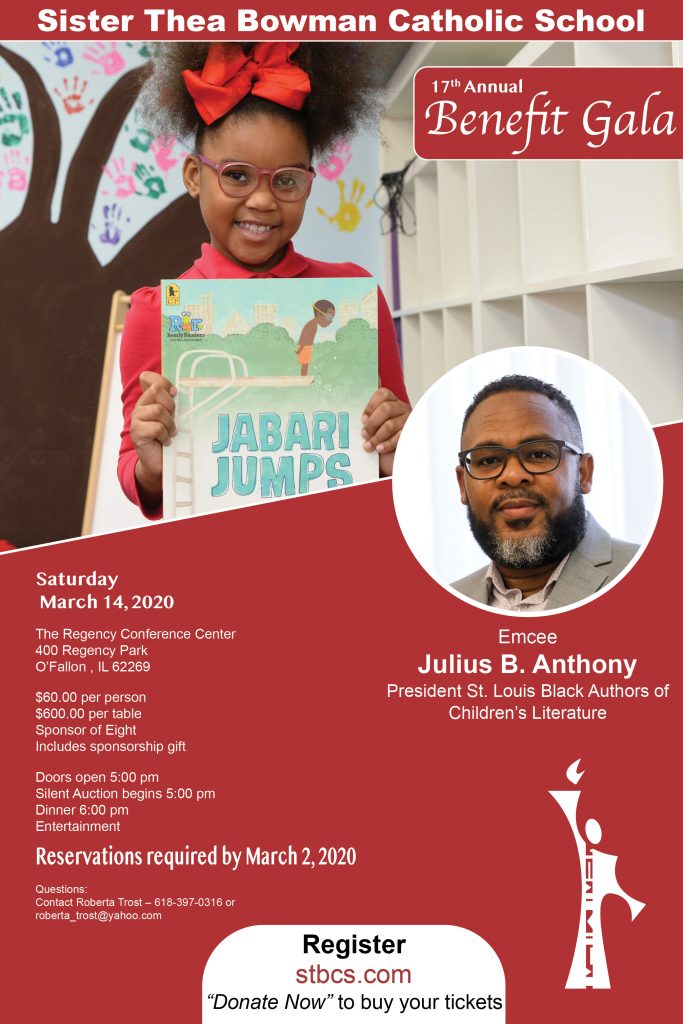 For more information contact Roberta Trost for dinner tickets, MEGA RAFFLE TICKETS or Learn more about Cash for A Cause. Call 618-397-0316 or email: roberta_trost@yahoo.com 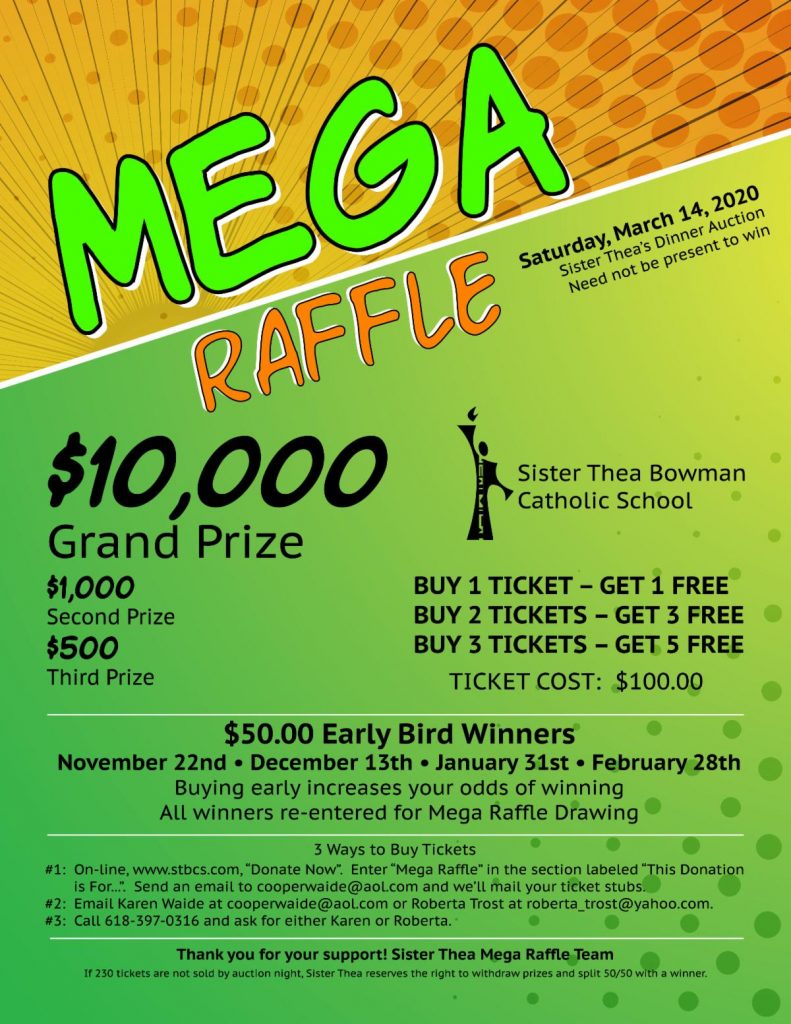 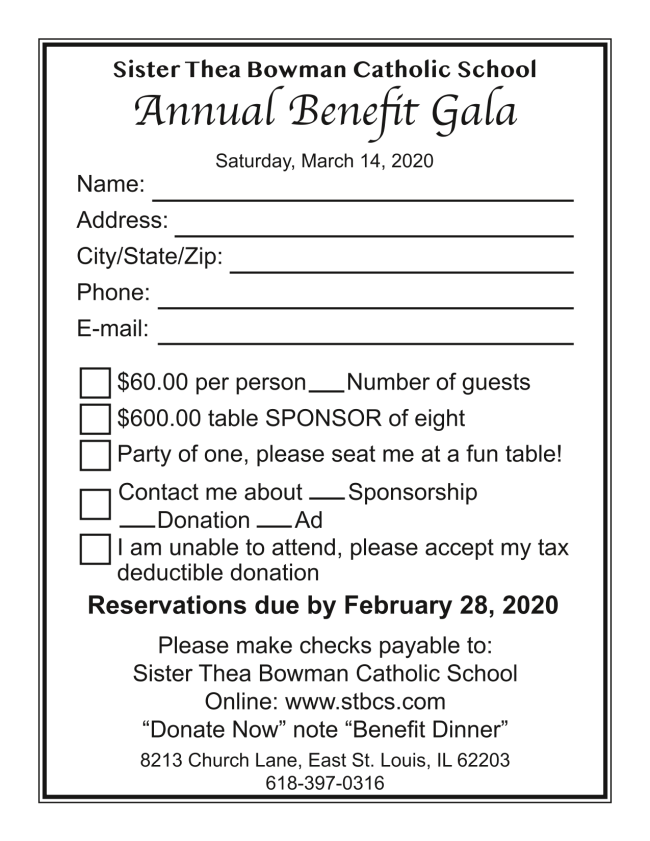