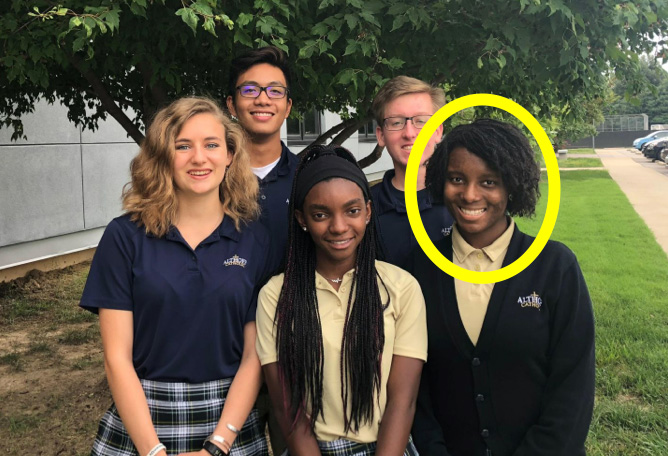 “When I was in 7th grade, I had my first science fair and I won first place. That is when I knew what I wanted to do,” said Malynnda Aldridge-Johnson ‘20. “My teacher (at Sr. Thea Bowman Catholic Grade School) told me about a school called MIT (Massachusetts Institute of Technology). I went home right after school and looked the school up and I have never been the same since.” Last summer, while participating in the National Academy of Future Scientists and Technologists at the University of Massachusetts at Lowell, Malynnda had the opportunity to meet some MIT professors and visit the campus, making her dream of one day attending MIT seem a bit more real. While she was unable to travel to the east coast again this summer, Malynnda took it upon herself to study the Electrical Engineering and Computer Science courses through MIT’s Open Courseware program. Through her experience over the last two summers, Malynnda learned to embrace change and not to be afraid of failure. “We learned that even the greatest scientists failed, but they used those experiences to push them to where they are today.” In college, Malynnda would like to embrace her love of science and music by double majoring in Electrical Engineering and Music Technology.