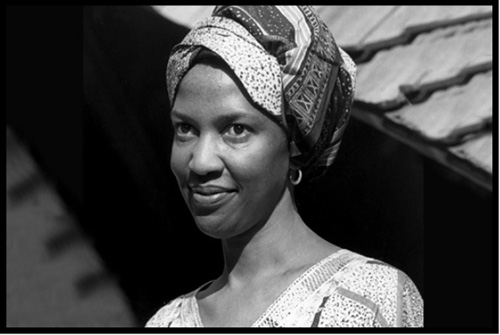 Dear Sr. Thea Bowman, F.S.P.A., was one of my closest friends and a profound influence on my life as a Priest and Bishop. We visited, corresponded, and spoke by phone often. The day before she died on March 30, 1990 I spoke to her on the phone. We prayed, sang, and cried together. I regret very much that many people who are dedicated to the educational ministry of Sister Thea Bowman School know her name only as the name of an institution, They do not know the vibrant, faith and laughter-filed, African-American woman who dedicated her life to the service of Jesus of Nazareth. She was profoundly committed to proclaiming the Good News of the Gospel in word and song and deed within and beyond the Catholic Church. She did not hesitate to challenge those who perpetuated the Racial Divide in the Catholic Church and in the United States. Long before it was a controversial slogan, dear Thea knew that Black Lives Matter precisely because the life, death, and resurrection of Jesus Christ announces that all lives matter!

On June 17, 1989, less than a year before she died of bone cancer, Sr. Thea was invited to address the Catholic Bishops of the United States. Different as she was from this group–a Southern African-American woman, a nun raised among Protestants, a dying woman vibrantly alive–Sr. Thea was fully herself and very much at home speaking the truth of the Gospel to the Successors of the Apostles.

She began her address by singing the Negro spiritual “Sometimes I Feel like a Motherless Child,” then humbly asked the Bishops to help her and other marginalized people find their rightful place in the Church: Can you hear me, Church? Will you help me, Church? I’m a pilgrim in the journey looking for home, and Jesus told me the Church is my home, and Jesus told me that heaven is my home; and I have here no lasting city. Cardinals, Archbishops, Bishops: my brothers, please help me to get home. Visibly moved, the bishops responded to her invitation by linking arms to sing “We Shall Overcome.” One Bishop later commented, “At a time of much division in the Church, Sr. Thea possessed the charismatic gifts to heal, to bring joy to the Church. She had no time for useless, destructive arguments. She was too busy celebrating life.”

This self-assured woman “looking for home” began life as Bertha Bowman. She was the only child of Mississippi parents who had been happily married for fifteen years before she was born late in 1937. “I was what people call an ’old folks’ child,” she wrote. Bertha’s father, Dr. Theon Bowman, practiced medicine in Canton, Mississippi. As an African-American doctor, he was not allowed to operate in the nearest hospital. He had to keep early and late hours to accommodate patients who could not afford to take time off work; they often paid their bills with turnip greens or car repairs. Her mother, Mary Esther Bowman, was a teacher.

The Bowmans’ home was what Sr. Thea called an ecumenical home. She was baptized in her father’s Episcopal church and went to Methodist Sunday school with her mother. At age three, she burst into song at the Baptist church. On her own, Bertha visited all the churches in town before she was ten. When “the Catholics came to town” and opened a mission, Bertha began spending all her free time there. On her own initiative, she entered the Catholic Church shortly afterward, on June 8, 1947. As she later explained, she was drawn there through “the day-to-day lived witness of Catholic Christians who first loved me, then shared with me their story, their values, their beliefs.” Her attraction deepened into a decision to enter religious life.

In 1953, at the age of fifteen, Bertha Bowman left home and traveled to LaCrosse, Wisconsin, to enter school with the Franciscan Sisters of Perpetual Adoration. Her pastor in Canton had counseled her to join an order of African-American sisters in New Orleans. Her father had warned, “They aren’t going to like you up there, the only Black person in the middle of all the White people.” Bertha replied stubbornly, “I’m going to make them like me!” She did not then realize how deeply racial prejudice was entrenched in much of the Catholic Church.

With zest and determination, she adjusted to a new climate, diet, lifestyle, and way of praying. When she entered the congregation of Franciscan Sisters, she also took a new name -Thea-in honor of her father. The name has its roots in the Greek word for God.

Sr. Thea threw herself into her studies. She got her undergraduate degree, spent ten years teaching, and then earned her Ph. D. in English at The Catholic University of America in Washington, DC. As a graduate student there from 1968 to 1972, she met others who were becoming conscious of their identity as African-American Catholics. She began to realize she should not have to turn her back on her blackness in order to serve God. She replaced her traditional habit with Afro-centric robes from Nigeria saying jesus does not demand that Christians must all be Euro-centric.

Fascinated by the role that music and oral tradition had played in preserving African-American values, history, and faith, Sr. Thea put together a presentation on the topic and brought it to colleges. Then, and later as a public speaker, she frequently danced, preached, and broke into song, effortlessly hitting the high Cs in traditional spirituals that expressed the faith and longings of People of Color.

Over time, as Sr. Thea honed her ideas about the value of cultural diversity, she firmly rejected the myth of the “melting pot.” While strongly affirming our common humanity, she said, “We are not all alike in every way. Emphatically no! We do not all look alike. We do not sing, dance, pray, play, think, cook, eat, wash, laugh, or dress alike. Praise the Lord, we are not alike. If I begin to believe that we are all alike, look at what I’m going to miss: the richness, beauty, wholeness, and harmony of what God created.”

Sr. Thea insisted that monochromatic dullness was alien to God’s plan-something for all Christians to resist: “As for melting and coming out gray, we refuse. The whole idea of the melting pot is unhealthy for people like me. We think it’s unhealthy for you too.” Increasingly in demand as a speaker, Sr. Thea traveled extensively, especially enjoying two trips to Africa. In 1985, we both spoke at the 43rd International Eucharistic Congress in Nairobi, Kenya. Three years later, she led a workshop on racism for the Maryknoll Sisters in Arusha, Tanzania.

She had no time for hatred and negativity: “We’ve got to stop being ashamed that our history included slavery. Let the people who created slavery answer to God for enslaving free human beings from West Africa and institutionalizing racial prejudice in this country. We thank God for the cultural and faith traditions that enabled us to overcome racism. Instead of hating people who are prejudiced, we should embarrass them by loving them!” She valued “any contributions that people of European backgrounds have made to African-American life,” as well as “the truth and goodness in the heritage of every cultural group.” She insisted that the celebration of African-American consciousness was not a profession of superiority over others, but “our way of joining hands with every person who seeks the Lord with an open heart.”

Realizing that the problem was two-sided, she evenhandedly pinned some of the blame on black Catholics who sat back and said, “Let Father do it, let the sisters do it, let the friends and benefactors from outside do it.” “That’s the mission mentality. And it kills us and it kills our churches.” She brought the essential question squarely to the forefront: “Within the Church, how can we work together so that all of us have equal access to input, equal access to opportunity, equal access to participation?” In all this, Sr. Thea was careful to keep her innovations under proper ecclesiastical authority. “We don’t want to change the sacraments. We don’t want to change the theology of the Church. We just want to express that theology within the roots of our Afro-centric spiritual culture.”

In 1984, Sr. Thea learned she had breast cancer. By 1988, it had spread to her bones, confining her to a wheelchair. Reluctantly, she underwent painful treatment and curtailed her travel schedule. She approached her illness with the same practical wisdom she had demonstrated all her life. Shunning unnecessary heroics, she took pain medication so that her energies wouldn’t be absorbed by pain. “I want to be able to do what I can do the best that I can,” she said. As her illness progressed, Sr. Thea found she needed God in a new way. “When I’m in pain, I know I need Jesus to walk with me. I can’t make it on my own. I pray, ’Lord, I believe. Increase my faith. Help my unbelief.’” God seemed closer, she said. “I used to feel I could depend upon myself. I used to feel that I could make you a promise and that I could keep a promise. I used to say, ’It’s all in God’s hands.’ But only now do I really know what those words mean because I’ve experienced them.”

Like many Christians who become chronically ill, Sr. Thea didn’t know how to pray about her illness at first. Should she seek healing? Should she pray for life or for death? Finally she found peace in praying, “’Lord, let me live until I die.’ By that I mean I want to live, love, and serve fully until death comes. If that prayer is answered, if I am able to live until I die, how long really doesn’t matter.” In one of our last conversations on the mystery of innocent human suffering, we pondered an abiding truth. Namely, God is not God the way we would be God, if we were God! 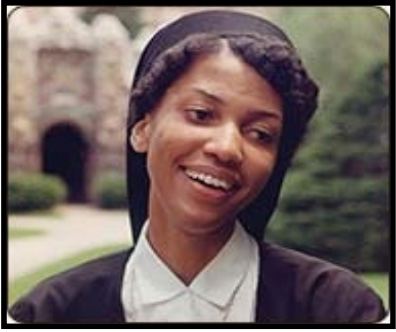 When Sr. Thea Bowman’s brief, remarkable life of love, service, and joy ended on March 30, 199, a great light was dimmed in our world, our Church and in my life. It was not surprising that vast numbers of people of different races, religions, ages, and economic status filled the visitation and overflowed the church for the Liturgy of Christian Burial. I can still see her diminutive eminently gentle remains lying in repose, finally free of so much pain and suffering from cancer. I believe I was looking upon a saint.

When Sr. Thea was asked what should be said at her funeral, she quoted a famous abolitionist and former “slave”: